My unhealthy obsession with dead celebrities has come to fruition. Filmography is a novella I wrote about a trio of film nerds who end up kidnapping the corpse of their favourite movie star in order to shoot one final opus with the deceased actor. It’s a sick and twisted comedy. If you’ve ever read more than three words here at Eyestrain Productions, you might have already anticipated the tone.

The book got picked up by Dark Passages Publishing for a May release in physical and e-formats. The listing and bio are up on their site, and have been for weeks, but this is my official homepage announcement. 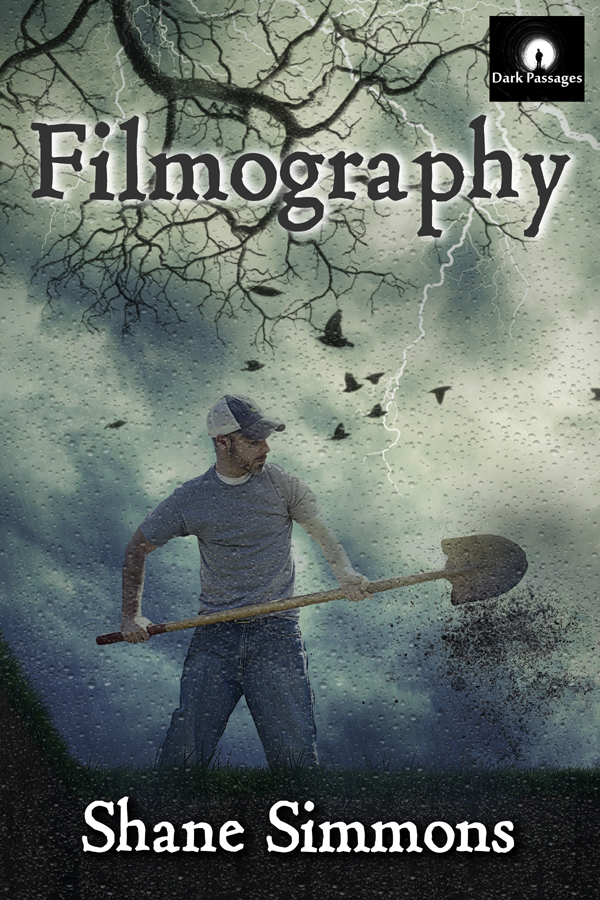 I’ve been meaning to get around to it for a while, but was finally inspired by the timely events of yesterday. What was so special about yesterday? It was Jerry Lewis’s 90th birthday of course. And it was Wednesday Movie Night. So therefore it was time to force everybody to watch The King of Comedy.

Martin Scorsese hasn’t made many comedies in his career – though, let’s face it, Taxi Driver is HILARIOUS. Jerry Lewis, on the other hand, has made boatloads. Most of them terrible. Combine these two entities and it was inevitable something truly fucked up would emerge. Such was The King of Comedy, the single most prescient satire of the film and television industry to come crawling out of the 1980s. Like Network from the decade before, it was off-putting and extreme in its day. Watch it now and you’ll realize, with a shiver, that not only have we arrived at that moment in time, we’ve gone a good deal past it. Much as Network anticipated Fox, Glenn Beck, and the nightly news spun as tawdry entertainment in the name of higher ratings, The King of Comedy anticipated stalker culture. At this point, if you’re a celebrity and you don’t have at least one or two stalkers slapped with a restraining order, you ain’t nobody. The King of Comedy asks you to identify with Rupert Pupkin (Robert De Niro), an outgoing, ambitious sociopath who doesn’t only want to chum around with his idol, he wants to replace him. In many ways, he’s creepier than Travis Bickle (also Robert De Niro), who merely wants to assassinate a celebrity

The fame phenomenon is a theme I keep coming back to in my work. I come from a city that notoriously doesn’t give much of a shit about celebrities. They come here to shoot movies, often with an over-compensating amount of security, and we (perhaps disappointingly) don’t mob them, don’t hassle them on the street, and don’t pester them for autographs and photos. Not unless they’re at an event arranged for just such a meet-and-greet. A certain respectful distance can be relied upon. Not so in many other places in the world, where famous faces have to hide under wigs and sunglasses, or stay indoors.

That doesn’t mean there aren’t fans here. And fans – serious fans – are odd animals. They can feel so close to people they’ve never met, remember more details about their lives and careers than the celebrities themselves do, and will mourn them like a loved one when they die. As the plot of Filmography points out: fans digging up dead celebrities has happened before. How long will it be before a group of idiots attempts exactly why my group of idiots do in this book? I’m a little shocked it hasn’t happened yet. In another decade, I may be just as shocked at how many times it has happened.

More major projects are on the way as the year progresses. Filmography may well prove to be only the first of three books I have coming out. Plus another four confirmed anthology short stories so far. Details, as always, will appear here. Hit the FOLLOW button on your right for email notices. Or follow me on Facebook. Or follow me on Twitter. Or follow me home and hide in the bushes while you peer through my window and watch me change into something more comfortable.