Shane’s minicomics made a name for him in the small press scene throughout the early to mid-nineties. This led to the comic book series Longshot Comics and Money Talks for Slave Labor Graphics, as well as numerous one-off stories for all sorts of publications in all sorts of formats in a wide range of countries. His work has been particularly well received in Germany, where a translation of The Long and Unlearned Life of Roland Gethers sold briskly and won awards. The warm reception he’s been given by the German people has led Shane to be dubbed the David Hasselhoff of comic books. Truth be told, this moniker probably has more to do with his habit of riding around in a talking car wearing a Speedo.

Thirteen issues of strips, gags and other offensive tomfoolery from the legally actionable mind of Shane Simmons. Published by Eyestrain Comics, 1991-1994. 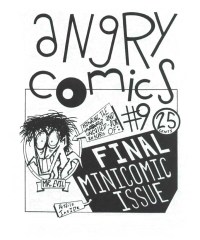 No Fixed Abode: The Squalids Book One

John and Jane Doe drift through their squalid little existence in this collection of adorably romantic and horrifically vile strips. Published by Eyestrain Comics, 1994.

The saga of Elder Williams, the little boy trapped down a well who wants nothing more than to be a huge media star. Published by Eyestrain Comics, 1995. 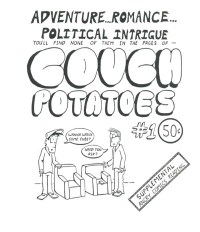 Longshot Comics Book One: The Long and Unlearned Life of Roland Gethers

An epic comedy about a lowly coal miner and his stumbling passage through 89 years of British history, from 1860 to 1949. All the characters appear as dots in the distance in this story that is, by turns, funny, satirical, and moving. A critical and cult hit around the world, told in an unprecedented format of 3,840 panels in a single comic book. This industry phenomenon started life as an eighty-page minicomic in 1993 before being picked up by Slave Labor Graphics and published as a full-sized comic in 1995. Its many printings and editions also include the multi-award-winning German and Italian translations.

This much-anticipated sequel matches the original in both scope and scale, following the problematic life of Roland’s grandson from 1920 to 1993. His passage through the second world war, the British stage, and the American film industry is mapped out in another 3,840 panels. Critics agree: it’s the rare sequel that’s every bit as good as its acclaimed predecessor. Also published by Slave Labor Graphics, 1997.

A comedy soap opera starring the portraits from international currency. Two warring factions of entrepreneurs, battling for the soul of a small wilderness town, are disrupted when an outsider comes to collect his inheritance and assumes command of one side. Five issues, published by Slave Labor Graphics, 1996 – 1997. 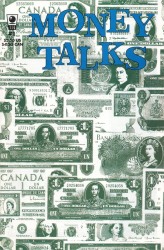 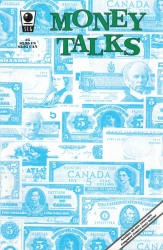 Shane’s short comic stories, both original and reprinted, have appeared in books and magazines around the world. This is just a partial list of what’s out there.

“Monster” – Having successfully climbed the social ladder to London’s upper class, Frankenstein’s creation discovers that not all monsters are of low birth. Illustrated by Gabriel Morrissette. Published by Les 400 Coups, 2010.

“40 Winks at 80 MPH” — Narcoleptic Man wakes up after a one-night stand with Easy Girl, and falls asleep at the wheel when they get involved in a car chase with bank robbers. Pencilled by Tony Furtado, inked by Tyim Courts. Published by Magnetic Ink, 2000. 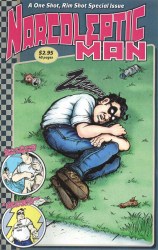 The Mirror: The Comix Issue

“Money Talks: Venue” — Liz and Becky rush to see a hip new band before they can sell out and go mainstream. Published by Communications Gratte-Ciel Lteé, 1997.

“How Fashion Trends Die” — They just get too expensive. Published by Slab-O-Concrete Publications, 1996.

“Those Wacky Squalids in: Birthin’ No Babies” — John and Jane Doe attempt a homemade abortion with results that may spell doom for all mankind. Published by VZW Bronzen Adhemar Stichting, 1995.

The Circle Weave: Apprentice to a God #1

“TV Hunting with Elvis” — The King of rock and roll spends his post-Vegas days gunning for television sets at Graceland. Published by Abalone Press, 1995.

“Business with the Beast” — Evil Incarnate gives his executives a fiscal year-end pep talk on how to maximize corporate profits. Illustrated by Tyson Schunamon. Published by Miller Publishing, 1992.

“Spare Parts” — A post-apocalypse tinkerer goes scavenging the wastelands for parts to create the ultimate sex toy for his affluent clientele. Illustrated by Tyson Schunamon. Published by Miller Publishing, 1992.

“Big Game” — A crusty frontiersman goes after the biggest game on the plains — a speeding locomotive. Illustrated by Tyson Schunamon. Published by Miller Publishing, 1993.

“Morning” — A man decides it might be better to sleep through the end of the world. Published by Aardvark-Vanaheim, 1991.

“Normal” — A determined survivor spends his entire life in a bomb shelter, wondering what’s happened to the world outside. Illustrated by Howard Simpson. Published by Eternity Comics, 1988.

“Union Jake” — A bigoted Brit of a post-apocalyptic future plans to prevent more foreigners from immigrating to England by blowing up the Chunnel. Illustrated by Brian Chin. Published by Eternity Comics, 1989.

“Fresh Can” — Mutant survivors of World War III fight for possession of a lone can of food. Illustrated by Madman. Published by Eternity Comics, 1989. 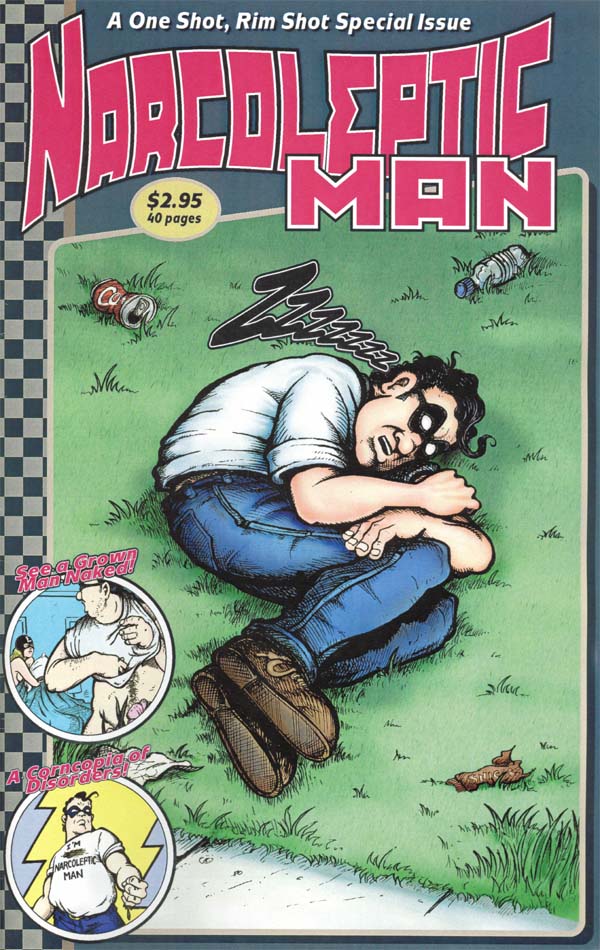