During the earliest days of his professional screenwriting career, Shane tried to get work on the Ridley and Tony Scott-produced horror anthology series, The Hunger. After writing two spec scripts for the half-hour format, Shane decided not to submit either, believing both stories might exceed the show’s budgetary requirements. In a sudden fit of inspiration, Shane then spent a long weekend writing a quirky mystery story about a happily married pair of stylish necrophiles. The script got his foot in the door, but failed to sell to the Showtime production. Ashes to Ashes then fell into the hands of director Mike Stamm, who submitted the script to the Canada Council for the Arts. They enthusiastically backed the film, which was shot in San Francisco in 2001 with grant money and a lot of donated time and equipment from an equally enthused cast and crew. The completed film made the festival rounds the following year and was well received by everybody who enjoys murder mysteries starring a pair of sexual perverts. 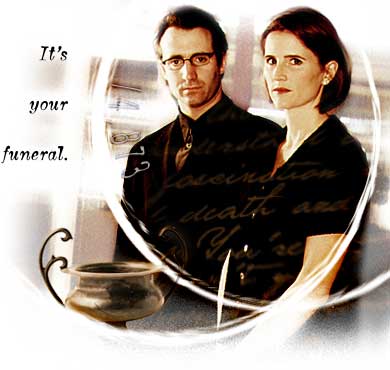