Tales of strife and struggle unfold between a normal everyday kid and a very strange cat when his sister brings home a stray one day. What starts as an instant dislike for each other escalates into open warfare when Mr. Kat proves to be not of this Earth. The fate of the world ends up hanging in the balance with only one kid who can stop a full-blown, human-enslaving invasion by a feline alien armada.

Shane was called in to help develop this series and ended up writing four episodes for the first season and nine more in the second. The show won a total of three Leo Awards for Best Animation Program or Series in 2009, 2010 and 2011. Shane’s episode, “Hit the Road,” was nominated for a Writers Guild of Canada Award in 2012.

Coop defies Dad and stays up late to watch a horror movie, only to find that his home has been invaded by an army of zombie cats.

Kat ends up with a conditioning collar to curb his demanding meows but turns the tables by attaching it to an unwitting Coop.

Coop is determined to find out the truth about Kat during a revealing trip to the veterinarian.

After Kat scratches Coop under a full moon, Dennis believes his friend is turning into a were-cat.

Coop, Millie and Dad are taken away to a top secret base to be interrogated after UFO investigators suspect them of being aliens.

Coop decides to let Kat have free rein to cause whatever destruction he wants after taking the blame once too often.

Coop becomes Dennis’ wing-man for a change as they go in search of the legendary Sewer-Croc-Baby.

Kat is left at a kennel while the Burtonburgers go on vacation.

Old Lady Munson tells Millie tall tales about her adventures in the distant past.

Kat’s memory eraser leads to Coop forgetting Kat is an evil alien, but Dad accidentally gets Coop’s lost memories and suddenly knows the truth about Kat.

Stuck inside during a rain storm, Coop and Dennis must battle Kat’s army of vicious hairballs.

Kat and Old Lady Munson show up at school to torment Coop on the day of a field trip.

Kat controls the mind of Agent Neapolitan, but his plan goes awry during a squirrel invasion. 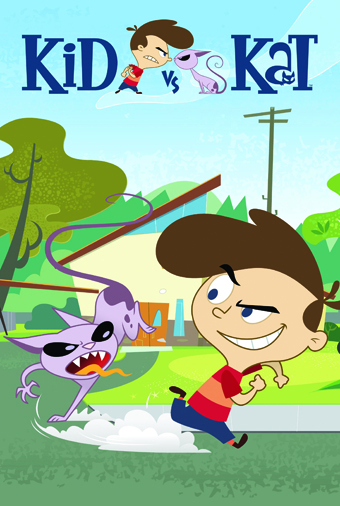