History and Archaeology, Politics and Sociology, Travel and Exploration

I still haven’t written about my Alaskan vacation two years ago like I promised. Now I can’t wait to not write about my Mediterranean trip as well. I didn’t say much to anybody beforehand about this epic voyage because blogging about a three-week absence is like saying, “Please, at your earliest convenience, drop by my empty home and rob the shit out of me.”

Although I’m likely to never get into the specifics of my day-to-day travels through twelve cities in four countries on three continents, recent events have prompted me to mention certain highlights. Mostly because disaster has dogged my heels at every turn. Timing in life is everything, and during the trip I managed to narrowly avoid all sorts of inclement weather. Rain, when it came, generally waited until I was indoors and then stopped in time for me to step back outside. But it was only after I was safely back home that the real cataclysms started to explode in my wake, including incapacitating snow, airport shutdowns, floods, embassy bombings, shark attacks, closed ports, violent seas, and all-out revolution.

You may have heard that Egypt is burning tonight. On some level, I fear it’s all my fault for having spent two days there. I’m sure thirty years of oppression has less to do with it than a nation-wide intolerance for yet another westerner violating the sanctity of their national monuments. By paying a fistful of Egyptian pounds to go crawling around deep inside one of the great pyramids like a latter day crusader, looking for something cool to loot from the gift shop, and contemplating lunch at the Pizza Hut that rests majestically in the shadow of the Sphinx, I may have triggered some ancient curse or other. I’m not sure which one, since there are so many curses involving mummies and scarabs and crazy drivers in Egypt, but I’m hoping a qualified Egyptologist might weigh in with a professional opinion — provided they’re not currently occupied torching government buildings and throwing teargas canisters back at riot police.

I hope this isn’t a trend. I feel like merely passing through places like England, Italy, Greece, Turkey and Egypt may have inadvertently caused all sorts of damage with my aura of cynical pessimism. But it’s not like any similar horrible disasters happened following my 2008 visit to Alaska.

Loot from the fourth crusade adorns St. Mark’s Basilica in Venice. Seeing the statue of the Tetrarchy from Constantinople was a big deal for me because I’m a history nerd. And you probably don’t give a shit because you’re not. Just take my word for it. It’s fucking cool. 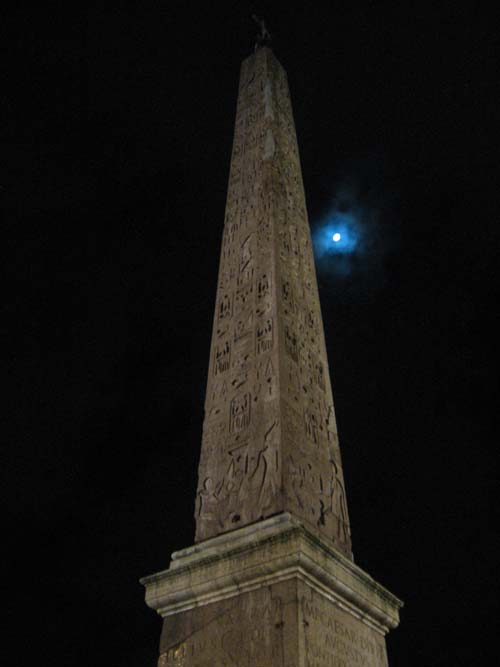 My homoerotic fascination with phallic obelisks was satisfied in Rome, which sports thirteen of these ancient monuments. More than any other city in the world. I visited every single one. And you probably don’t give a shit because you’re still not a history nerd. Just take my word for it. It’s fucking obsessive and weird to do that, even for a history nerd. 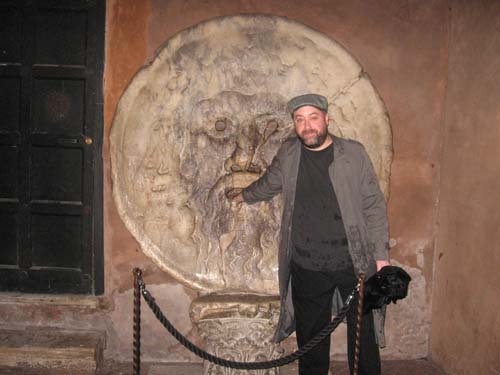 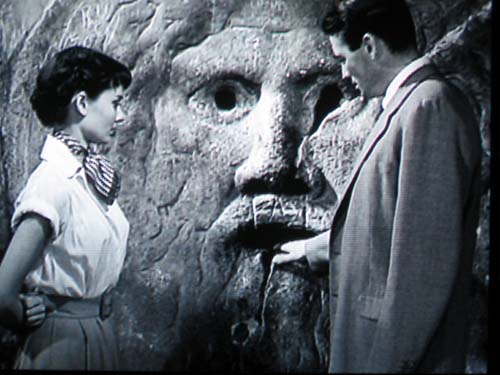 Me versus the Mouth of Truth. Mostly because I wanted to stick my hand in the same hole as Gregory Peck. And I don’t mean Mrs. Peck. I told a lie while my hand was in there and wasn’t maimed as promised — so it didn’t work and I totally want my fifty Euro cents back!

The Milvian Bridge. Not much of a tourist attraction, even though the fate of Christian civilization was decided here after Constantine squared off against Maxentius in the year 312. The signs on the site make no mention of what happened, which is fucked up. I guess when your entire city is overflowing with history, it’s easy to overlook a few minor details here and there. Like an event that swung the entire course of world history. 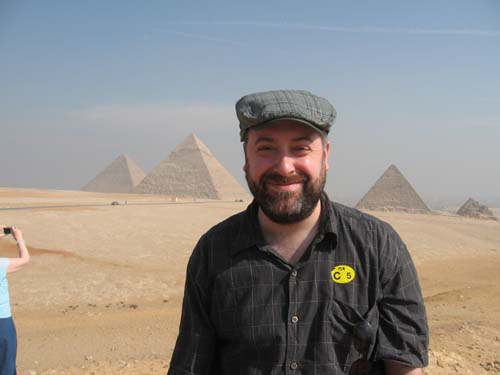 Yes, as a matter of fact, it does look like I’m standing in front of a tourist agency poster.

The Pyramid of Menkaure is the one I went spelunking in. It was cramped and hot and miserable and AWESOME. Saladin’s son, al-Malik al-Aziz Osman bin Salahadin Yusuf and his crew spent eight months back in the 12th century trying to destroy the pyramids, starting with Menkaure. After barely denting it, they gave up. Losers.

I wasn’t kidding about the Pizza Hut (left).

While in Istanbul, I visited the set of Tom Tykwer’s film, The International. I guess they left the facade standing after production wrapped. 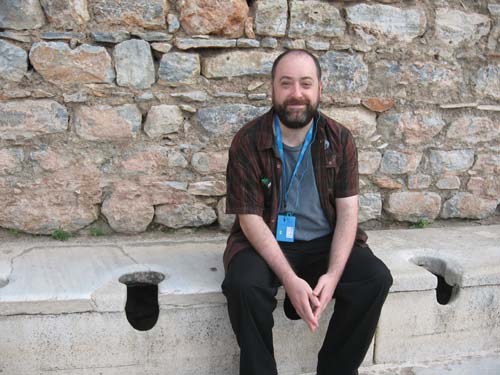 Me sitting on an ancient public toilet in Ephesus. Pretty funny. But had no one been around, I would have dropped my pants and made a straining face. Because that’s what’s known as INTELLECTUAL comedy.

All over the Mediterranean, stray dogs and cats live in the ruins. I have to admit, it makes ancient history a lot more adorable.

Shockingly, in Greece, they treat their ruins with roped-off reverence. Everywhere else they pretty much let you climb around on their ruins like they’re two-thousand-year-old jungle gyms. Because hey, they’re just a bunch of rocks, right? 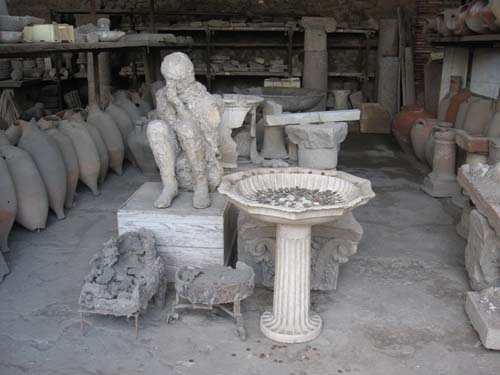 Casts of the remains of Pompeii’s volcano victims ratchet up the creepiness factor of the tour to eleven.

Winners of the Paul Giamatti and Philip Seymour Hoffman lookalike contests shake hands in Naples and vow to co-star in a buddy cop film at some future date. Box office gold guaranteed.