This is my grandfather, Francis Simmons, in The Great War. He fought for England, working closely with the teams of horses that hauled artillery around the front. He survived the war and married Mary Wyatt in 1919. They left Bristol and moved to Canada, settling in Montreal in 1922, where he got a job with Dominion Bridge. They had eleven children, three of which didn’t survive infancy. In 1942, two years after my father, the last one, was born, Francis came home from work and promptly died of the family curse—heart disease. He was about the same age as I am now. 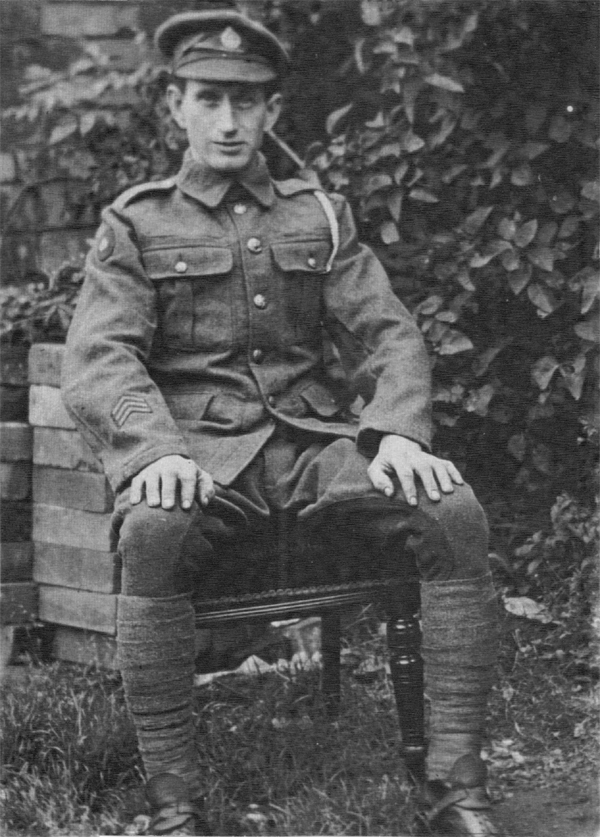 The Great War (renamed World War One after it got a sequel) ended 100 years ago today. I’ve been lax about Remembrance Day in recent years. I haven’t been out to the ceremonies at cenotaphs; I haven’t been wearing the new improved poppies (now with a more true-to-form black centre as opposed to the green of my youth).

Today I made the effort, freezing my balls off on a sunny but bitter November day. I walked out to Montreal West for the festivities there. Not a lot of people gathered around the park statue for the traditional 11:00 am start (the time of day the guns fell silent), but the main show was only scheduled to begin at 12:15. That’s when people gathered outside the United Church up the street. I joined the procession and the piper, returning to Edgar Davies Park, which was, by then, filled with several hundred more people. It was the biggest turnout I’d seen since my childhood, back when we still had First World War vets and plenty who had served in the Second World War and Korea.

As of a couple of years ago, the very last of the Great War vets died. Too young to have been legally enlisted at the time, they lived well past a century, some lasting long enough to see the 100th anniversary of the start of their war. But now it’s all passed from living memory. And today, the remaining Second World War vets are in their 90s or older. There were exactly two with us in the park. A rare breed, rapidly growing scarcer.

The showing was solid for this centennial. I thought about the grandfather I never met, tending his war horses, as I got to hang out with a couple of gorgeous police mounts named Wifi and Merlin, standing guard over the ceremony. It’s good to do this every once in a while, and I’ll try to go again next year. No promises, but it’s always on my mind, every November 11th.

We’re all told to remember the wars, the sacrifices, and the dead. And it’s an important tradition. But I know it won’t last forever. The World War Two vets, those who fought in Korean, those from more current conflicts…they’ll all go the way of the Great War vets eventually. And, like all traditions ultimately do, Remembrance Day will get swallowed up by the passage of time. Don’t believe me? When was the last time you heard of anybody going to a memorial for the terrible losses of the Punic Wars?

That’s as it should be. The goal isn’t to keep the memory of our wars alive forever. The goal is to go so long without a war, nobody remembers what they’re like at all, and nobody considers starting a new one as a solution to common human conflict.