Books and Prose, Film and Television 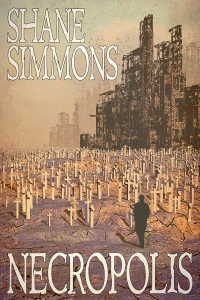 Ten days into release, Necropolis has already sold as many copies as my last two books combined. Raw and Other Stories still dominates on the Kindle Unlimited pages-read front. And sex may have sold Sex Tape, but not as much as urban fantasy sold Necropolis. I hope to see Necropolis, at twice the length of my collection of short stories, topple Raw in the pages-read category in the near future—not least because I ultimately make more money with the Kindle Unlimited program. Damn you, Amazon, and your tempting promotional programs that further establish you as a monopoly thanks to my willing complicity!

Last night I attended the launch part for ToonMarty, which is a new cartoon series that will air on Teletoon starting May 1st. I haven’t talked about screenwriting on this blog in a long time, but this is one of the shows I worked on recently, scripting three episodes of the first season. I’ll probably get around to linking them just as soon as someone records and illegally posts them to YouTube. Checking out my television-credits page, I notice there have been a number of episodes yanked since last time I looked. Getting called on copyright violations, no doubt. That’s unfortunate, considering YouTube has been the most convenient venue for me to see my own material for years now.

I was also informed that work continues on Chop Chop Ninja. This is the other series I worked on last year. I completed my contract on it in 2016, but if there are still unfinished scripts on the production line, I don’t expect to see that air until this fall at the very earliest.

Right now, it’s back to work on Epitaph, which is currently sitting at 66,000 words and counting. And another project that may involve just as many dots.