Criminology and Law, Film and Television, Politics and Sociology, Theatre and Stage

Last week, Montreal thespian Tristan D. Lalla got pulled off a city bus by the cops, surrounded by squad cars, placed in handcuffs, searched and questioned. All this in the middle of a busy street, in front of all sorts of strangers, to his great embarrassment. His crime? He matched a vague description of somebody who had just committed a crime. Our intrepid police force, always on the vanguard of criminology, decided their armed-robbery suspect might be fleeing the scene, one stop at a time, on a bus.

You can read the account of his fun commute here. Spoiler alert: he wasn’t the armed robber they were looking for.

It got me thinking: hey, I got detained by the cops once because I matched the description of a suspect they were looking for. No backup squad cars converged. I wasn’t handcuffed or searched. My questioning consisted of a few polite inquiries as to where I was heading, followed by a computer search of my I.D. to confirm there were no warrants or arrest records. After about twenty minutes of waiting, which I’m sure was mostly a test to see if I’d make a run for it, they decided I wasn’t the guy they were looking for and sent me on my way.

It was a very different experience, worlds apart. I wonder why. Well, here’s a hint: the last time I saw Tristan, he was on stage playing Othello.

That’s right, he got hassled because he’s an actor. You, see they’re considered a much greater potential threat than writers. It’s a good thing Tristan didn’t tell them he performed in some of Ubisoft’s Assassin’s Creed games or he would have gotten the taser.

We simply must stop this shameless profiling of actors by the police. I know they have a reputation for being coked-up sexual deviants who deliver bad dialogue in terrible movies, but they’re not all bad. I swear I’ve met some good ones from time to time, and they’re just like the rest of us. More or less. I wouldn’t want one marrying my daughter, but I’d be cool with them being friends. Maybe not best friends but, you know, friendly.

So please, Montreal cops, cops everywhere, stop this persecution of our acting underclass. The deck is already stacked against them and they have enough to contend with. If it’s not you and your petty prejudices, it’s film and theatre critics. Must they face your bullets as well as their barbs? Thank you.

ADDENDUM: This just in. Tristan was not cuffed and searched because he’s an actor. Huh. Well then why else…

Mike Stamm, director of Ashes to Ashes, has a Kickstarter project going for his short animated film, The Ottoman. I’ve been following this story for years and it looks like the crew just needs that final financial push to bring it home. Fans of Steampunk and mechs smashing each other to bits should take note and check out the production blog and the existing footage. 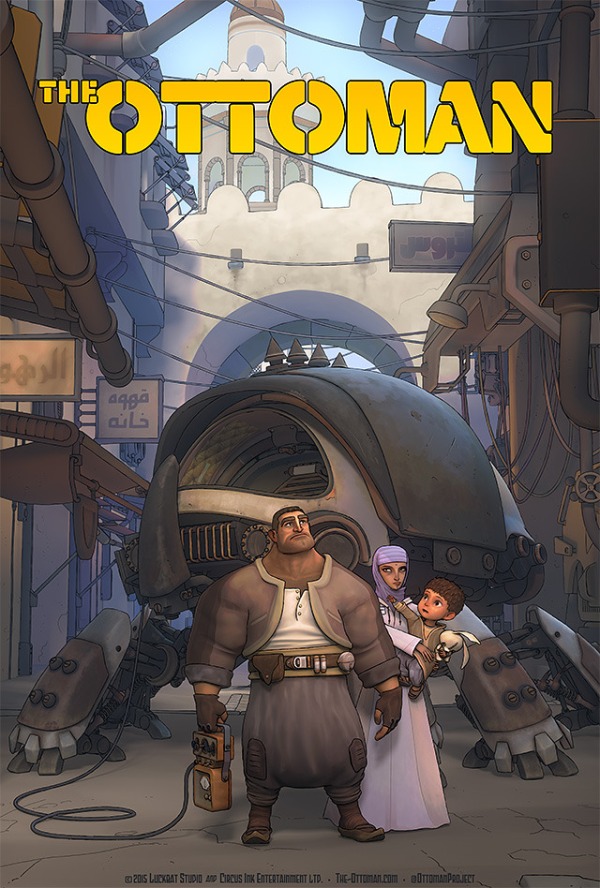 One thought on “The Usual Suspects”