Film and Television, Politics and Sociology, Travel and Exploration

Sure, it’s a politically groundbreaking year — history in the making. But how does that affect me?

Well mostly it just pisses me off.

About eight years ago, I was shopping around a feature screenplay that had some heat on it. It was a mystery/thriller about air crash investigators — sort of a CSI  for aviation nuts before the first of the three dozen CSI  shows ever even premiered. Several producers expressed interest and there was serious talk of slipping the project in through the back door at a major Hollywood studio.

But there was a little problem with the script. One of the major characters was a female President of the United States.

More than one of the potential producers expressed concern that this was flatly impossible, could never happen, and would make the film wildly implausible. And they asked if I could maybe think about demoting the character to First Lady, which might have been simple enough, except for the fact that it would have completely fucked up the whole story.

I was even asked, at one point, to invent an entire political career backstory to explain how a female President could even come to exist in this world I had envisioned. Clearly my crazy talk about a Commander in Chief with different plumbing and an extra X chromosome needed to be justified.

Now, less than a decade later, we have Hillary Clinton narrowly missing out as the Democratic Party candidate, and Sarah Palin making the Vice Presidential half of the ticket on the Republican side. You no longer have to draw a diagram to show how it’s possible for a woman to land the top job anymore.

Ultimately, in one of my rare displays of backbone when it comes to getting wrongheaded, damaging notes from producers, I told them no. I wasn’t going to change the script. At least not until somebody paid me to do it. I stuck to my guns.

A year and a half later there was a September incident that spoiled the public’s enthusiasm for airplane crashes and the screenplay got filed away in the back of my hard drive. I like to console myself that the project would have eventually died in development thanks to that event, but it’s hardly any comfort at all. Timing is half the battle in this industry, and being ahead of the curve can really screw you over. 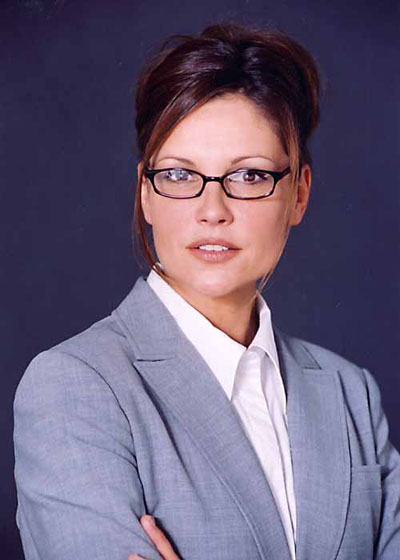 Could Sarah Palin become the first ever PILF?

(If you need me to explain the joke behind that variation on a popular acronym, you probably shouldn’t be reading this website anyway.)

Sarah Palin joining the McCain ticket today irritates me in another significant way. It really gums up the works of my vacation.

Did she really have to be the governor of Alaska? I’m going to be up there next week on a cruise, looking at whales and glaciers and mountains and shit. And my opportunity to relax and commune with nature is going straight to hell now that all those Alaskans are going to be bouncing off the walls with excitement over the November election and the local gal made good.

I really should have kept to my policy of staying away from the States — even pretend states like Hawaii and Alaska — until the Bush administration was safely over. Now I’m likely going to catch election fever all over again. As some of the most magnificent scenery off the Pacific coast drifts by, I’ll end up spending the entire trip in my stateroom watching the Republican national convention on TV, hoping and praying that Sarah Palin will have a wardrobe malfunction, or that CNN will accidentally capture an illicit upskirt shot of the VP candidate. Or, perhaps more likely, that the GOP, in an effort to secure more votes among the normally low-turnout demographic of men 18 to 30, will arrange a bikini wrestling match between Palin and Condoleezza Rice to hold their attention during McCain’s acceptance speech. Perhaps in mud, or maybe in one of several extensively vetted flavours of Jell-O.

You’ve come a long way, baby. Mostly thanks to progressive, visionary minds such as my own. No, really, it’s okay. You don’t need to thank me.

Provided my wife and I haven’t booked ourselves for a Titanic-esque experience that will end with us treading water in freezing cold water, listening to Celine Dion, suffering from bone-chilling hypothermia, and praying for the sweet embrace of death so we don’t have to listen to any more Celine Dion, I’ll be back in September with one, perhaps even two, brief and ill-conceived blog entries that will make you sorely regret expending all the time and energy it took to click on your RSS feed.